This exhibit documents the turbulent history of the university during the 60s and 70s. San Jose State College witnessed a rise in political activism and civic awareness among its student body. Making history on campus were major student protests against the Vietnam War in the late 1960s and early '70s. One of the largest campus protests took place in 1967 when Dow Chemical - a major manufacturer of napalm used in the war came to campus to do job recruiting. More than 200 students and teachers lay down on the ground in front of the recruiters and about 3000 bystanders surrounded the Seventh Street Administration building. This exhibit draws from an extensive assortment of university photographs and a diverse selection of student publications and periodicals, as well as numerous scrapbooks which chronicles the history of campus activities and organizations during the 60s and 70s.

Car to be buried for Survival Faire 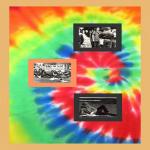 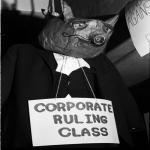 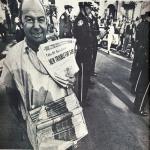 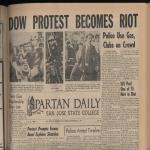