Wartime posters were conceived as a visual call to arms and some poster designs aimed at making the war personal by raising the grim possibility of war extending to one's own backyard. Whether created by government or by corporations, the production-incentive posters conveyed social, economic, and political ideas through imagery. Throughout the war, the imagery on such posters celebrated the middle-class home, the traditional nuclear family, consumerism, and free enterprise. Pictures of men and women conveyed assumptions about the roles of each in victory and offered a vision of life in an ideal postwar period. This exhibit presents selections from a collection of approximately 1447 World War I and II posters collected by professor Charles Burdick. The posters provide a graphic portrayal of propaganda used to educate the public and enlist support for the war. 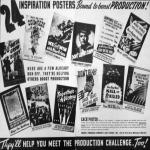 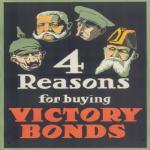 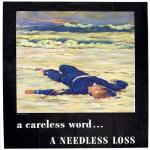 A Careless Word... A needless Loss 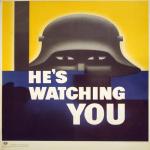 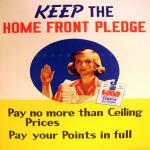 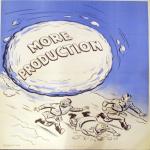 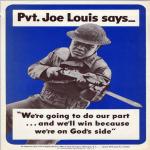